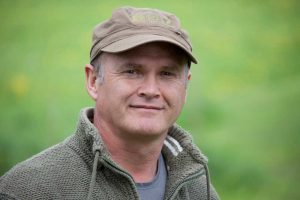 Simon King was born in Nairobi when his father, John King, was working for the Forces Broadcasting Overseas. Perhaps Simon’s love of wildlife began in Africa. It certainly influenced his first career choice.

As a child he became an actor in his father’s wildlife drama, The Fox. Simon still recalls vivid memories of the discomfort of being dressed in knickerbockers and the delight of holding a fox! At the age of only 13 he teamed up with naturalist Mike Kendal to create a series of programmes entitled Man and Boy – his first foray into explaining the mysteries of nature to the general public.

Simon went on to create, film, direct and present many award-winning TV programmes and films. Some of the best known being Springwatch, Big Cat Diary, Planet Earth, Blue Planet and the Life series, plus more recently African Cats for Disney.

“We need the natural world for our own survival. With the inexorable and rapid rise in human populations and our insatiable appetite for resources, we have become an unsustainable drain on the life support systems upon which we all depend. This is reflected in many global crises but can be witnessed close to home in the catastrophic loss of wildlife and wild places.”

Wherever you live, there is a Wildlife Trust near you, making sure that your immediate neighbourhood is as rich in Natural Wonders as possible.

One of the most dynamic and efficiently run conservation charities I have ever come across. Tusk, as their name suggests, have been instrumental in helping the African elephant to recover.

Trees are fab! Ever since I was a kid, being up them, around them, and surrounded by them has been an inspiration. The Woodland Trust does a marvellous job of ensuring that our native woodland remains a jewel in the crown of our natural heritage.

Run as a not for profit organisation, this privately owned reserve in East Africa is one of the last places on earth where you can see Grevy’s zebra, black and white rhino all drifting across the same plains.

Pauline Kidner’s unfaltering determination to care for sick, injured or orphaned wild creatures has often pushed her, and her family, to the point of real personal hardship, but she never, never gives up.

Birdlife International works with more than 100 conservation organisations worldwide to prevent the extinction of threatened bird species. At present there are 192 birds classified as Critically Endangered. A terrifying statistic, I’m sure you’ll agree.

It is a testament to the progressive and far sighted policies of the Ol Pejeta Conservancy that, whilst dealing with the enormous challenges on a daily basis, it makes the time, resources and space available to one rather small, Big Cat. Home of Toki the cheetah.

I fell in love with Steep Holm Island whilst making a film about herring gulls there in 1986. I was captivated by the sense of wilderness and isolation on the island. Simon is President of the Kenneth Allsop Memorial Trust that owns and manages Steep Holm Island in the Bristol Channel.

If you are interested in wildlife art then take a look at Marwell International Art Society. Each year they hold a superb exhibition, keep an eye on their website for details. 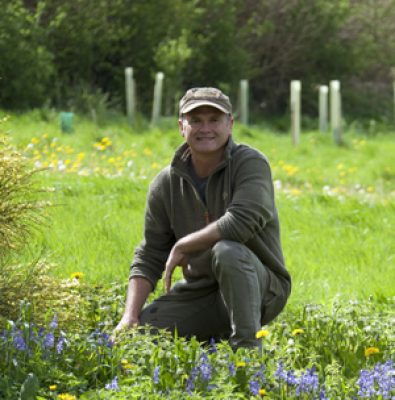 In 2010, Simon was awarded an OBE for Services to Wildlife Photography and Conservation. Amongst many other recognitions, Simon has also achieved the following during his wildlife career:

Follow Us
As seen on the bird feeder live cam!